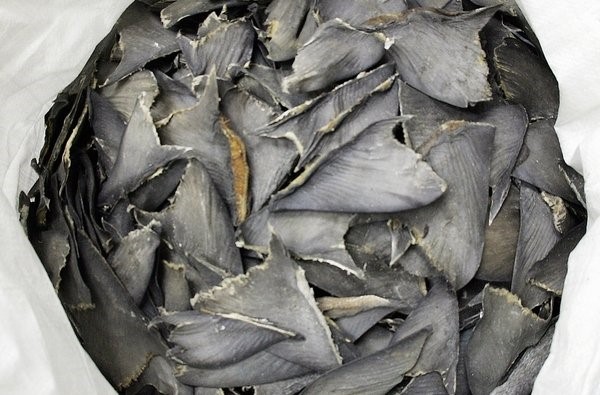 The 8 ton hammerhead fin stockpile in Puntarenas continues to grow while the President and the Ministers of Environment and Agriculture claim they have no idea what its final fate will be.

The letter reminded President Solís of the country’s commitments to protect hammerhead sharks from their foremost threat: international trade. The issue is of even higher relevance considering it was Costa Rica that led the process to conserve and protect the species in the Convention on International Trade in Endangered Species of Wild Fauna and Flora (CITES) four years ago. Specifically, the President is asked, “Is it, in your opinion, correct to export hammerhead fins that were obtained during an export ban?”

Because of its unfamiliarity with the issue, on June 30, the President’s office asked the Minister of the Environment (MINAE), Edgar Gutiérrez, and the Minister of Agriculture (MAG), Felipe Arauz, for their input.

On August 4, MAG’s Felipe Arauz admitted that he did not know how to answer the question either, indicating that his office and that of MINAE would ask the CITES Secretariat for advice.

“Without a doubt, the recent inclusion of shark species in CITES has raised management questions that were never asked in the past, and issues that were previously irrelevant are now exploiting the country’s legal framework as it pertains to shark conservation”, said CREMA consultant Andy Bystrom. “Therefore, the nation must take a more active role in evolving its conservation laws in order to contemplate growing concerns over the sustainable international commerce of sharks and other marine biodiversity”, he continued.

“CITES will not tell Costa Rica what to do because it allows its members to develop their own strategies that concretely address the problem”, declared Randall Arauz from the international organization Fins Attached. “The correct and most logical answer is to permanently disallow the international commerce of fins accumulated during an export ban; but when it comes to issues concerning hammerhead sharks, this government has done everything it possibly can to subjectively favor national shark fishers and fin exporters”, stated Arauz.