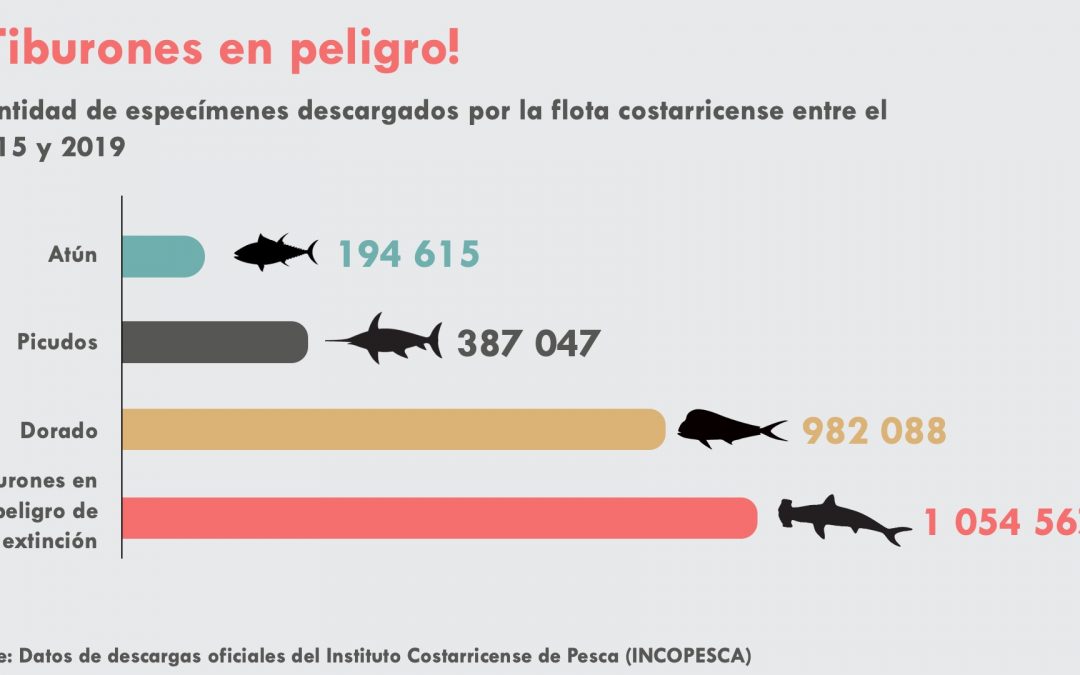 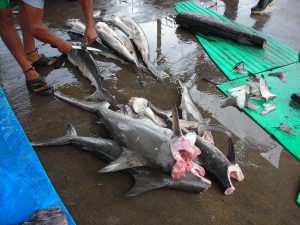 (San José, Costa Rica – March 15, 2022).  Threatened shark species sustain the economy of Costa Rica’s longline fishing industry, constituting the main product brought to shore (landed) from 2015 to 2019.  Furthermore, the authorities have failed to carry out any effort whatsoever to reduce fishery induced mortality, a necessary action to halt the extinction trajectory of these species, and eventually enable their recovery.

This is the main conclusion of a report published today by the Colorado USA based organization Fins Attached Marine Research and Conservation, and the Endangered Marine Species Rescue Center of Costa Rica (CREMA).  The authors analyzed the Costa Rican Fisheries Institute’s (INCOPESCA) official landing database, which is based on the “Landing Authorization Forms” that every vessel must fill in when performing a landing.

From 2015 to 2019, a total of 1,054,567 shark specimens were landed in the Pacific ports of Costa Rica that had been listed under a threatened category of the International Union for the Conservation of Nature’s (IUCN) Red List of Threatened Species (vulnerable, endangered, and critically endangered).  The report points out that threatened shark species constitute 40% of the total landings, including silky sharks (vulnerable), thresher sharks (endangered), hammerhead sharks (critically endangered) and oceanic whitetip sharks (critically endangered).  Even though the number of vessel landings at Costa Rican ports has decreased by 18% (from 3,800 in 2015 to 3,095 in 2019), during this same time lapse the number of specimens landed by each vessel that belonged to a threatened shark species increased by 17%.

All these species are listed under the Appendices of the Convention on International Trade in Endangered Species of Wild Fauna and Flora (CITES), which regulates the international commerce of threatened species of wildlife, yet fishery effort upon them has continued unabated.  For instance, 37,027 hammerhead sharks were landed from 2015 to 2019, despite the ban on hammerhead shark product exports from Costa Rica, effective as of March 1, 2015.  Costa Rica’s longline fleet also targets threatened shark species when other valuable species, such as mahimahi, are scarce.

“The technical recommendation to halt the extinction process of these species, is to dramatically reduce fishery induced mortality,” said Jeffry Madrigal, coauthor of the report and biologist with the Costa Rican organization CREMA.  “Unfortunately, Costa Rica has done the complete contrary, ensuring an ever-increasing fishery induced mortality upon a group of species that is becoming increasingly endangered.”

According to Randall Arauz, author of the report and a consultant with the organization Fins Attached Marine Research and Conservation, some of these species may only have 20 years before reaching extinction if current overfishing continues.  “It’s about time Costa Rica honors the commitments it made at wildlife conservation conventions and halts all catch, retention and commercialization of these species, as this is the only way to reach the longed-for reduction of fishery induced mortality,” complained Arauz.  “I hereby vehemently call on the Minister of Environment, Andrea Meza, to grant these species the strict protection they need and deserve under the provisions of the Wildlife Conservation Law.”