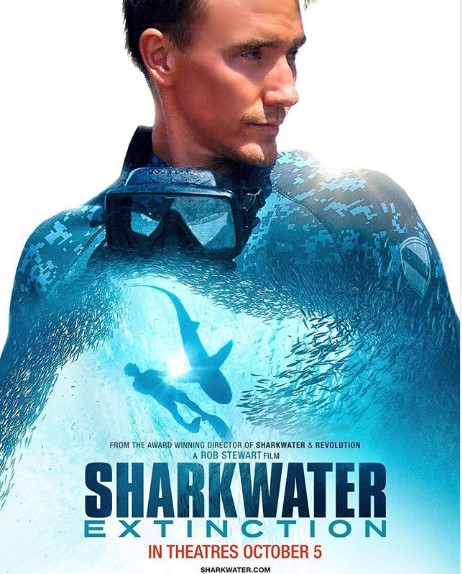 One of  Rob Stewart’s last messages before he died, makes  impossible for us not to realize the harsh reality that sharks are going extinct. Sadly Rob is no longer with us, but we are pleased to announce that his second documentary, “SharkWarter Extinction” will be in theatres soon.

Driven by Rob’s legacy the fight will continue.

Sharkwater: Extinction continues the adventure across four continents, as Rob travels through the oceans to investigate the corruption behind a multi-billion dollar industry. The crew goes through some of the world’s most dangerous fishing ports run by international crime organizations that have infiltrated the fishing industry.

Here are the trailers for the new Rob Stewart film, “SharkWater Extinction”.