SHARKS ARE WILDLIFE TOO

SHARKS ARE WILDLIFE TOO

Sharks are wildlife too! Hammerhead sharks are even critically endangered species and should NOT be considered a commercial species. Costa Rica’s president Carlos Alvarado has publicly recognized that sharks can and should be protected by Costa Rica’s Wildlife Conservation Law (WCL)…so what is he waiting?

Therefore, we ask him the following:

We invite you to join us in a national protest next July 4th to demand Costa Rican president Carlos Alvarado to Save the sharks! Sharks are wildlife too and they need to be protected as such. 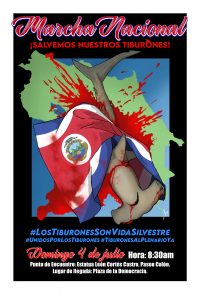