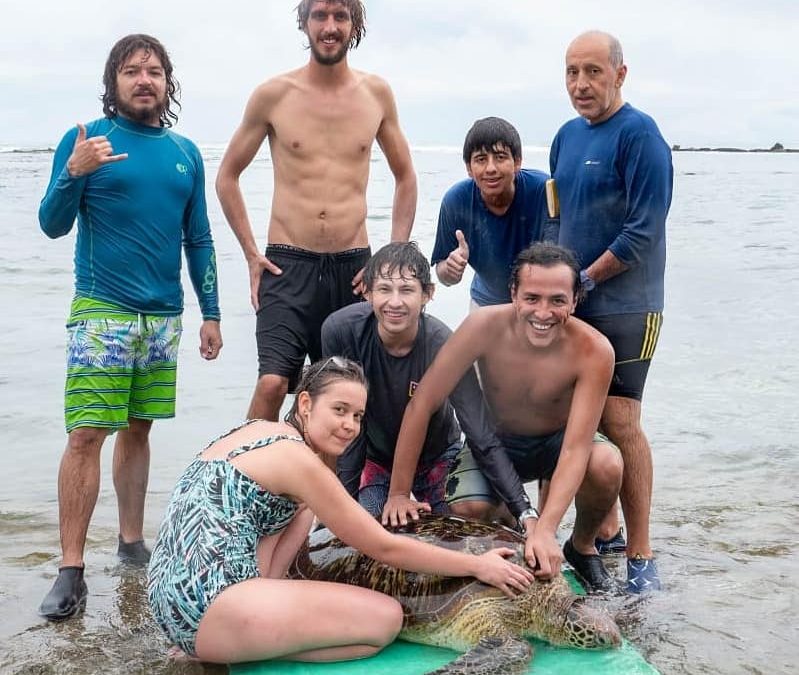 During our last expedition to Cabo Blanco, our researchers and volunteers where surprised to capture a 90 cm long green turtle. By looking at the patterns on the shell we can assume this individual comes all the from the Indo Pacific ocean to Costa Rican waters.

It was a Pacific Green Sea Turtle (Chelonia mydas agassizi), considered by some expert as a Chelonia mydas subspecies and by other as a separate species (Chelonia agassizi), of the Chelonidae family.The turtle was found in the intertidal pools in the vicinity of San Miguel Starion, in  the Cabo Blanco Natural Reseve. Two metallic tags were applied, placed to its front flippers, and it was released immediately in the same place of capture, but in an open area, 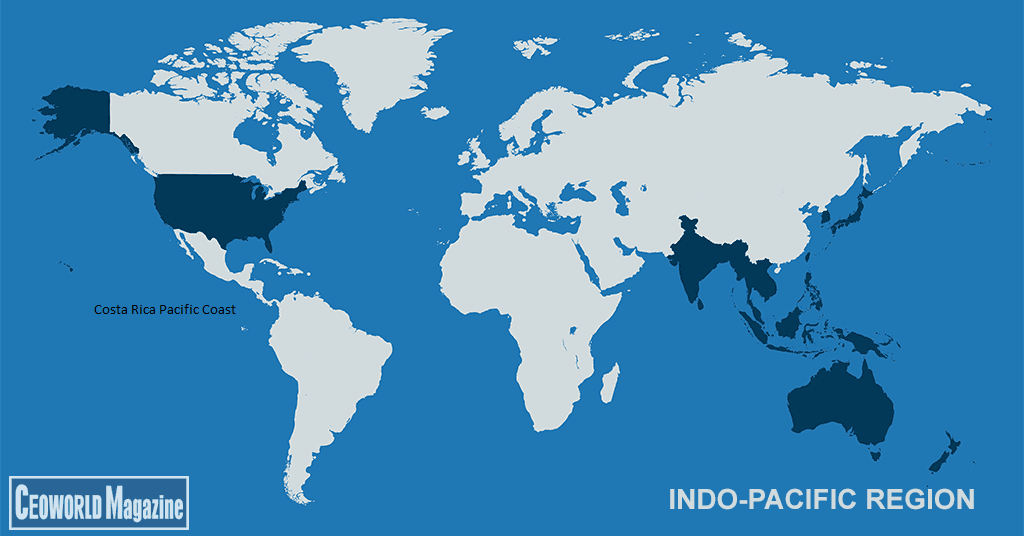 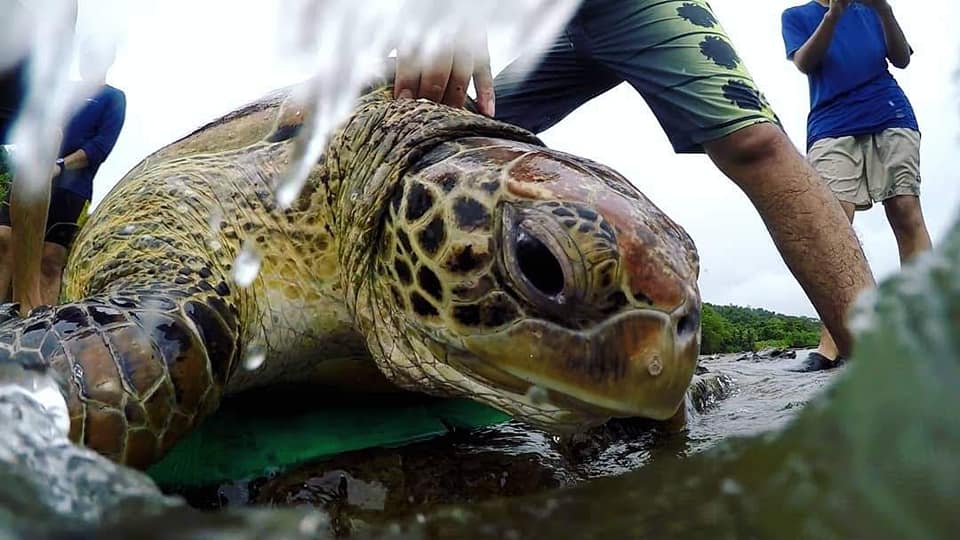 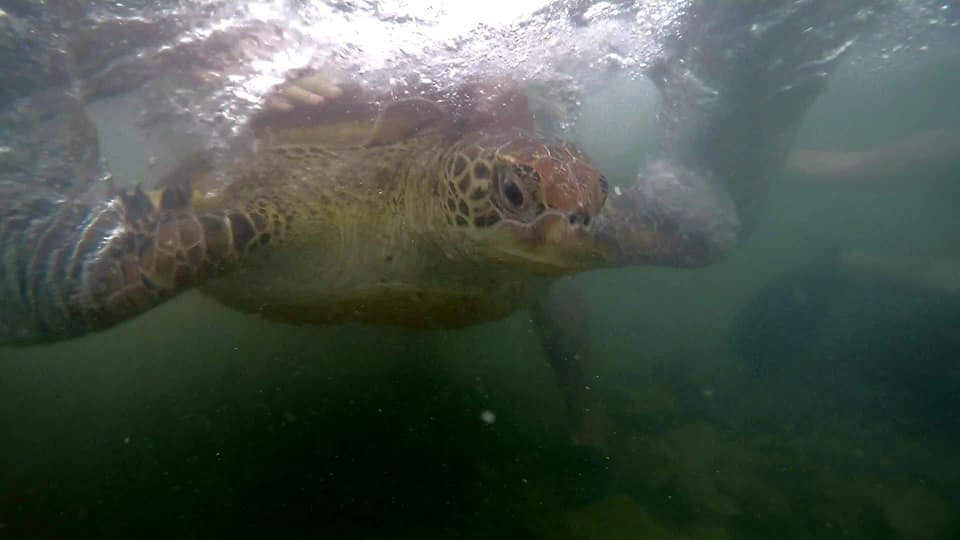 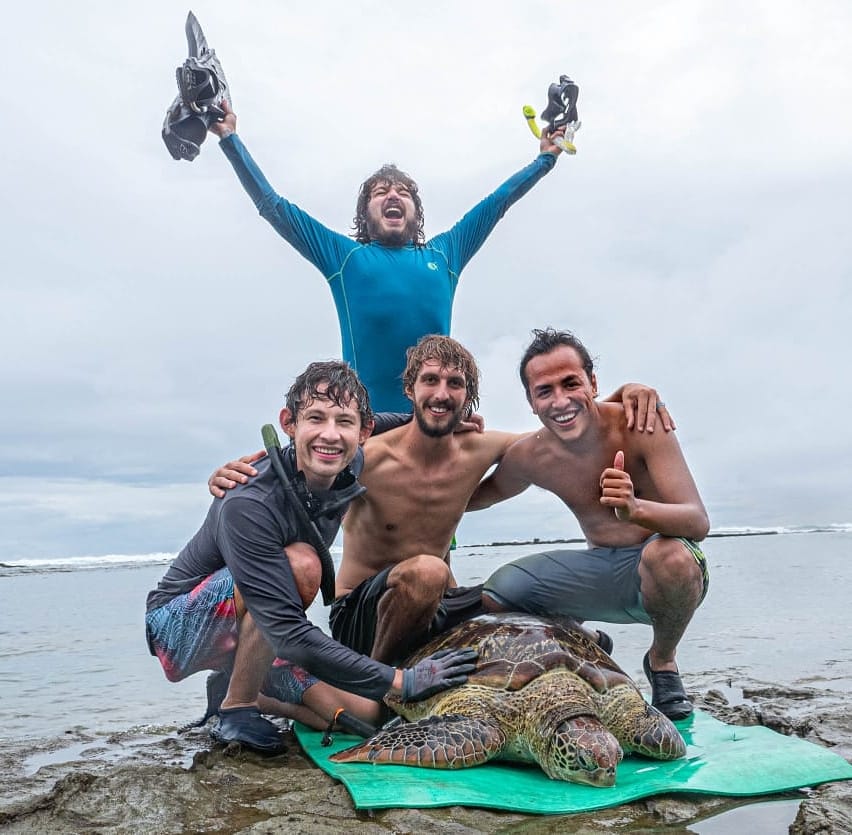