Mexico creates the largest protected marine area under absolute protection in the Pacific, in Revillagigedo 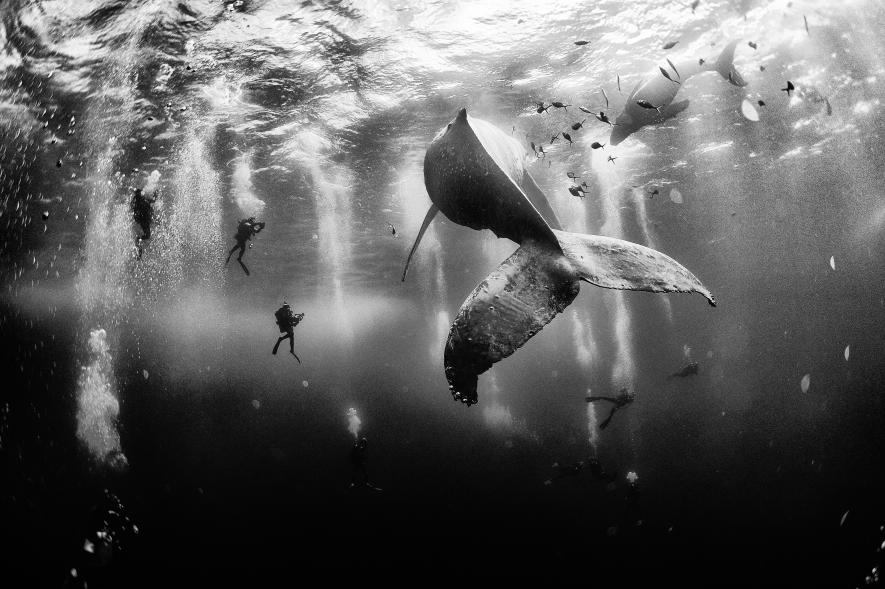 The Revillagigedo marine reserve protects a vast area in the Pacific and is home to many sharks, rays, and other life.

The Mexican government has announced the creation of a new marine reserve in the Pacific Ocean Thursday, the largest protected area of its kind in North America.

Alejandro Del Mazo Maza, representing Mexico’s National Commission of Protected Natural Areas, announced the massive expansion of the Revillagigedo marine park on October 5 at the Our Ocean conference in Malta.

The park covers more than 57,000 square miles, a vast rectangle of ocean encompassing the four Revillagigedo Islands, small volcanic landmasses under Mexico’s control that lie about 240 miles southwest of Baja California. The islands are uninhabited except for a small Mexican naval presence and were named a World Heritage Site in 2016 for their unique biodiversity (the reserve is also the location for the photo that won the National Geographic Traveler Photo Contest in 2015 .

“With the goal of guaranteeing maximum protection of this World Heritage Site, our national legislation’s strongest conservation category will be used, and all forms of fishing will be prohibited,” Del Mazo said in a statement. He also said that Mexico will not permit the construction of hotel facilities on the islands.

Previously, the islands had been protected by a small reserve that included only the waters up to six miles off the land. That left important feeding and migration areas for sharks, rays, whales, and other species in the path of fishermen—who either target the species, often illegally, or catch them accidentally as bycatch.

But the new park is designed to protect critical habitat for those animals, as well as corals and other fish. No fishing, mining, or other intensive resource development will be allowed in the newly expanded reserve.

“This is the wildest place in tropical North America,” says Enric Sala, a National Geographic Explorer-in-Residence who led a Pristine Seas fact-finding expedition to the area in March 2016. “It’s one of the places where you can see the most giant manta rays and sharks on the planet.”

During the expedition, the team of more than a dozen scientists saw “giant manta rays galore,” says Sala. “We saw lots of sharks, groupers, and tuna. It was a rare place of large fish, with biodiversity as if the Galápagos Islands had opened a branch in Mexico.”

On land, the islands are home to many sea and land birds, endemic reptiles, and unique plants.

With a DeepSee submersible and remote dropcams, the Pristine Seas team also surveyed a ridge about 300 feet beneath the surface. There, they found “a beautiful soft coral garden,” says Sala, packed with corals, sea fans, sponges, crabs, and fish.

When proposed, the reserve saw some opposition from fishermen, but fishing fleets used only a small part of the waters, says Sala. Of the entire Pacific range fished by Mexico’s tuna fleet, only seven percent of their effort was directed in the waters of the newly expanded reserve, he says.

And what’s more, Mexico’s fishermen should see their catches in waters outside the reserve increase, says Sala, due to spill-over of growing fish populations in the protected waters. That’s exactly what happened around the Galápagos after fishing was restricted in 1998, turning former adversaries of the reserve into supporters.

The reserve should also increase the amount of dive tourism to the area, which is already a $15 million business. Boats often leave out of the popular resort destination Cabo San Lucas, a few hundred miles away.

Each living manta ray is worth 57 times more to Mexico’s economy through increased tourism than the money received by selling its body parts to Asia, Sala’s team calculated.

The next step will be enforcement of the reserve’s new boundaries. Illegal fishermen have been operating there with sophistication, sometimes using helicopters to spot for enforcement vessels.

The reserve is the newest marine park that Sala and his Pristine Seas initiative at National Geographic helped bring into being. Over the past few years, the project has helped governments around the world establish 17 new reserves, covering some two million square miles of ocean.

On October 4, the governments of Chile and Niue announced three new marine parks in the Pacific Ocean that Pristine Seas had helped scientifically survey. Combined, the three parks protect 290,000 square miles of ocean from fishing and extractive activities—an area more than twice the size of Germany.