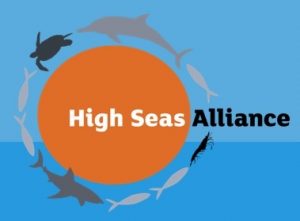 The UN General Assembly today adopted a new resolution to develop a legally-binding treaty for the conservation of marine biodiversity on the ‘high seas’. This is the first global treaty process related to the ocean in over two decades and the only one targeted specifically on the protection and sustainable use of marine biodiversity. The treaty could include conservation measures such as marine protected areas and reserves, environmental impact assessments, access to marine genetic resources and benefit sharing, capacity building and the transfer of marine technology.

The resolution represents a major step in achieving protection for the largely unprotected high seas (areas beyond the national jurisdiction of any State).

The High Seas Alliance (HSA) has been campaigning for this resolution since 2011 and member organizations broadly welcomed the news.

“Launching these negotiations marks the beginning of a new era in ocean conservation,” said Elizabeth Wilson, director of international ocean policy for HSA member, The Pew Charitable Trusts. “The process may be in its early stages, but the commitment made by world leaders should not be underestimated. The members of the United Nations have come to an agreement that marine life on the high seas is worth protecting. Now is the time to identify the appropriate legal framework to ensure that such protection is in place.”

Jessica Battle of WWF said: “The decision to negotiate a treaty to holistically manage human activities and protect the vital ecosystem services provided to humanity as a whole by the high seas is an essential and very welcome move by the international community.”

Sofia Tsenikli of Greenpeace said: “The high seas accounts for nearly half our planet – the half that has been left without law or protection for far too long. A global network of marine reserves is urgently needed to bring life back into the ocean – this new treaty should make that happen.”

The resolution follows the Rio+20 conference in 2012 where Heads of State committed to address high seas protection. The conference came close to agreeing to a new treaty then, but was prevented from doing so by a few governments which have remained in opposition to a Treaty ever since. The UN Working Group tasked with fulfilling the Rio commitment – essentially to take a decision on whether or not to open up a new negotiating conference for a Treaty – worked for two years to achieve agreement on the resolution, concluding with a late night negotiating session in January 2015.

Peggy Kalas, High Seas Alliance Coordinator said “This resolution, supported by many “champion” countries, marks the start of an important process which will hopefully lead to the convening of a treaty negotiating conference in 2018, and a paradigm shift in the way our ocean and its marine life are protected and managed. We need our champions to stay strong in the years ahead.”

Mariamalia Rodríguez, MarViva´s High Seas Program coordinator said: “We are at a critical time to consolidate changes in the conservation and management of marine resources in areas beyond national jurisdiction, and that´s why we are sure the international community will seize this historic opportunity to ensure the sustainability of our ocean, which translates to our own well-being.”

The resolution stresses “the need for the comprehensive global regime to better address the conservation and sustainable use of marine biological diversity in areas beyond national jurisdiction.” It allows for a two-year preparatory process (PrepCom) to consider the elements that could comprise the treaty. This will begin in 2016 and culminate by the end of 2017, with a decision whether to convene a formal treaty negotiating conference in 2018.

The PrepCom will begin in 2016 and culminate by the end of 2017, with a decision whether to convene a formal treaty negotiating conference in 2018.