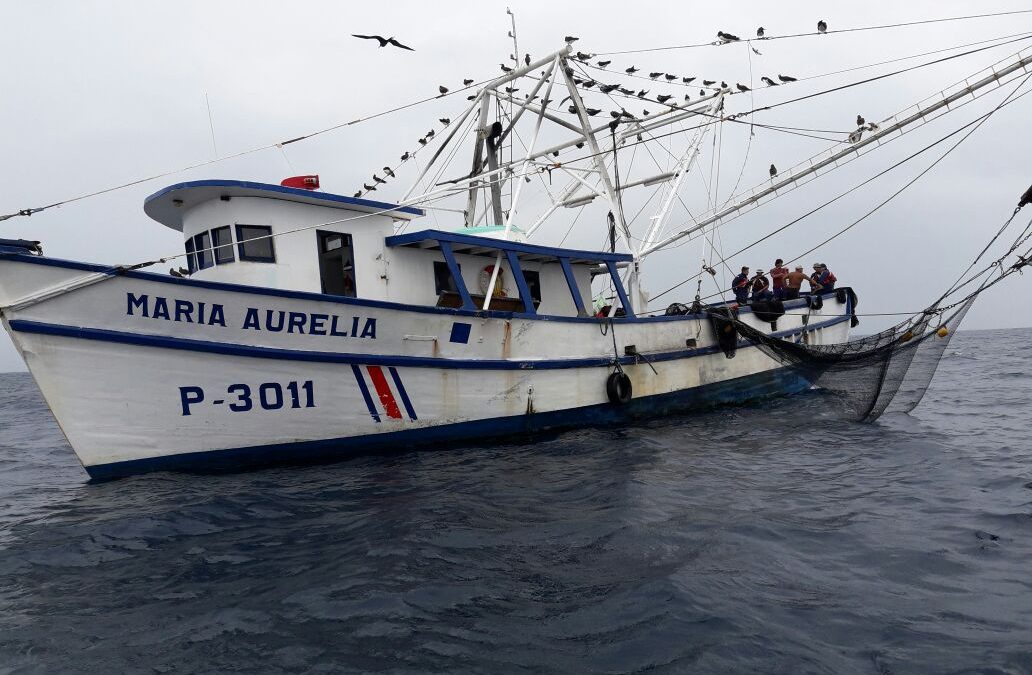 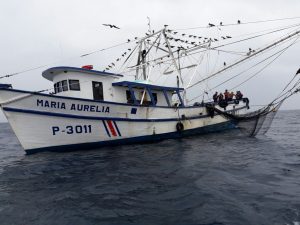 At the time of arrest, the María Aurelia’s 267 kg catch consisted of 18% shrimp and 82% bycatch species. Among the bycatch were various kinds of snapper which are important to local artisanal fisheries whose catch supports the economic viability of the area’s coastal communities. Many of these small-scale fisheries also participate in sustainable fishing projects, the success of which is put at risk by unselective fishing techniques such as shrimp trawling.

“Costa Rica’s artisanal fisheries support thousands of fishermen, women and families all along the country’s coasts”, said Andy Bystrom, fisheries consultant from the Costa Rican organization Asociación CREMA. “But the operation of unselective and destructive fisheries, like shrimp trawling, not only negatively impact the socio-economic situations in these communities, but Costa Rica’s general economic development and international sustainability image”, continued Bystrom.

Because of the environmental and economic complications that result from Costa Rica’s trawl fishery, the Constitutional Court ruled in August 2013 that its operation was contrary to democratic sustainable developmente (2013-010540) and ordered it to be phased out by 2019 if it could not be made sustainable. In response, the trawl industry and the Costa Rican Fisheries and Aquaculture Institute (INCOPESCA) have presented a bill (N° 19.838) called the Law for Sustainable Development and Use of Shrimp in Costa Rica that, according the INCOPESCA, would allow the sustainable management of the industry. However, instances of recurrent illegal shrimp trawling in the country’s coastal marine protected areas highlight the industry’s reluctance to abide by existent regulations. “The bill in question will require more zoning restrictions and technological regulations,” pointed out Bystrom. “If the trawl fleet cannot abide by existing regulations, how will it abide by even more of these in the future?” he asked.

“The incapacity of local authorities to duly sanction illegal fishing operations encourages fishers to ignore regulations,” explained Randall Arauz, of the Colorado based marine conservation organization Fins Attached. “Suit was filed over 8 years ago against shrimp trawler Sonia J for operating illegally in the marine protected area of the Caletas-Arío National Wildlife Refuge, but the Administrative Environmental Tribune of the Ministry of Environment has been incapable as of yet to issue a final resolution”, lamented Arauz.