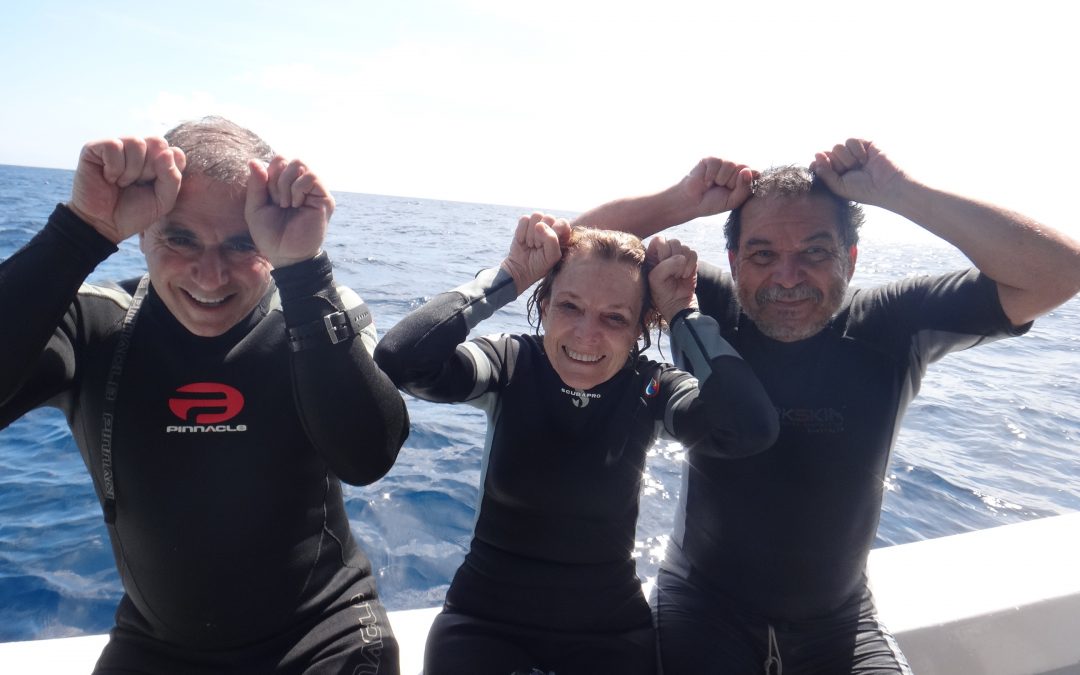 During an August 4-14 expedition to Cocos Island, researchers detected regular movements around the island by hammerhead shark Sylvia, named in honor of Sylvia Earle of Mission Blue who participated in the research expedition that tagged the shark with an acoustic transmitter three months ago (May 23 – June 3).

Special thanks to Graham Casden of Ocean First Education for filming and sharing this video of Randall Arauz tagging the hammerhead shark Sylvia.

During this time, Sylvia visited five “cleaning stations” around the island, and most likely other neighboring submerged seamounts as well (Figure 1).

Sharks are tagged with acoustic transmitters, requiring researchers to install receivers around the island in order to “listen” to them.  This information is then downloaded from the receivers and analyzed each time researchers visit the island (2-3 times per year).

“We’ll now wait until our next expedition to the island in December to determine if Sylvia is still there”, explained Elpis Chaves, CREMA’s biology consultant.  “If no further movements are recorded, we’ll have to contact our regional associates (www.migramar.org) to determine if Sylvia was detected at another acoustic monitoring project”, added Chaves.

During the three months that Sylvia’s movements have been monitored, researchers identified a month and a half time period when the shark was not heard from at any of the receivers.  “Her absence during this time lapse makes us think she may have visited a nearby seamount, as a hammerhead shark we tagged two years ago confirmed they do these kind of movements”, explained Fins Attached’s Randall Arauz.  “We hope Sylvia generates additional information regarding the importance of seamounts for hammerhead shark migrations, and provide these critical habitats with the protection they require,” said Arauz.

“Without a doubt, absolute protection at specific sites won’t be enough to save the hammerhead shark; what’s needed is protection throughout its biological corridors”, advised TIRN’s Todd Steiner.  “Both Sylvias are the ambassadors that will help us achieve this, one by directly generating scientific data while the other by politically advocating for the species’ widespread protection,” concluded Steiner.

The next Cocos Island research expedition will be December 3-13.

CREMA (www.cremacr.org) is a Costa Rican NGO that works to conserve, manage and restore, populations of endangered marine species, and is an elected member of the official Cocos Island Conservation Area Regional Council.

Turtle Island Restoration Network (www.seaturtles.org) is a leading advocate for the world’s oceans and marine wildlife.  Our work is based on science, fueled by people who care, and effective at catalyzing long-lasting positive change.

Ocean First Education (www.oceanfirsteducation.com).  We are passionate educators, scientists, divers, and explorers, seeking to guide users to a greater understanding and appreciation of ocean science and conservation.