COSTA RICA HAVE SAID NO TO SHRIMP TRAWL FISHERIES 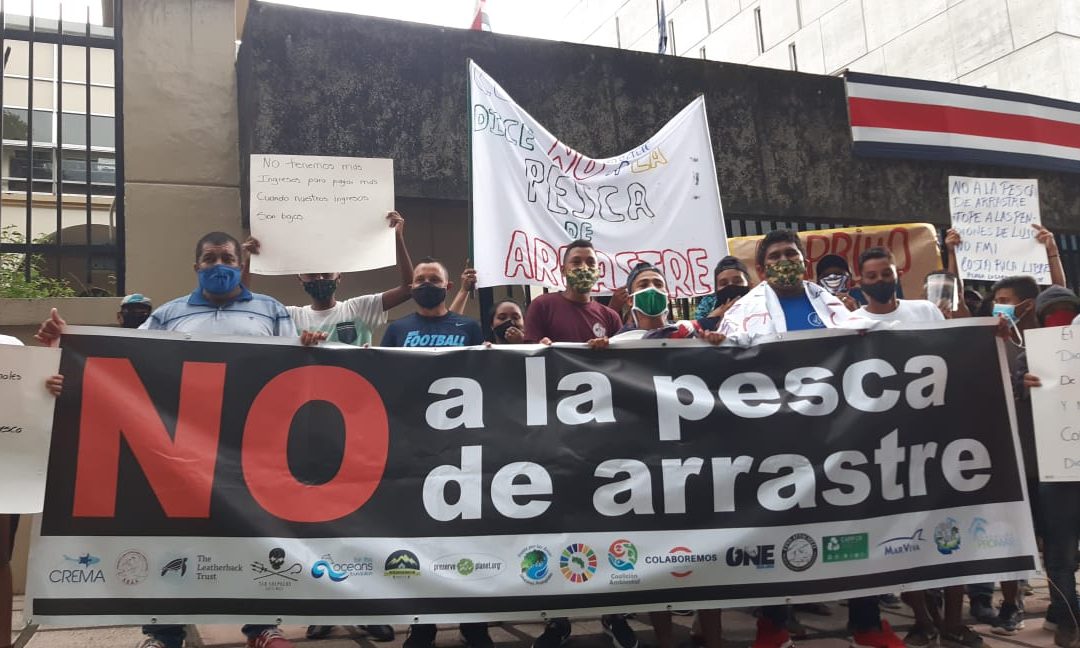 COSTA RICA HAVE SAID NO TO SHRIMP TRAWL FISHERIES

The President of Costa Rica has vetoed the law that planned to renew the activity in the country.

This fight, going over since the 1990’s with CREMA, national and international NGO’s, small scale fishers, scientists, tour operators, local municipalities and thousands of citizens showing and manifesting their disagreement with the shrimp trawling and asking the government to finally shut down the industry. After a positive vote on Costa Rica’s national congress, the president tweeted yesterday:

“It is my responsibility to promote common good, to honor the Costa Rican tradition of protecting the environment, and to guarantee the right balance between economy vs sustainability. Consequently, I have veto the law that would reactivate trawling in Costa Rica.”

During last week national citizens have found different ways to protest against the congress decision, including two female activist who have been on a hunger strike outside the presidential house since the vote was casted. Protests and a huge social media campaign with the hashtag #vetelaley generated great pressure on president Alvarado, with the campaign reaching international levels.

“This is an important win, but we have won a battle, not the war. The fight goes on, we still have to defend our sharks, sea turtles, and other important wildlife from unsustainable fisheries, finding new opportunities and alternatives for responsible small scale fishers in the country” stated Daniel Arauz, biologist from CREMA. “Now, we need to put pressure on our congress and make sure that our congressmen and congresswoman finally bury this law and prevent this destructive industry from threatening our oceans”.

We thank everyone for the support during this campaign, and we invite you to keep supporting everyone in Costa Rica defending and fighting for the sustainable use of our marine resources. From CREMA, we will keep developing research projects in coastal communities with the aim that scientific information is used in the most positive way.