Biologists and fishers from Baja California uncover the migration of a Pacific Black Sea Turtle (Chelonia mydas agassizzi). The turtle was tagged by Equipo Tora Carey-ETC on January the 21st, 2017 in the North Pacific Beach of El Jobo, Guanacaste Costa Rica. Biologists tagged the turtle with a metal tag which is placed on the front flippers of the turtle. Taggs were provided by Centro Rescate de Especies Marinas Amenazadas (CREMA).

We would like to thank our friends from Grupo Tortuguero de las Californias and RED Travel Mexico  for the fast communication and coordination, which allowed us this important record of the “PURA VIDA” migration. 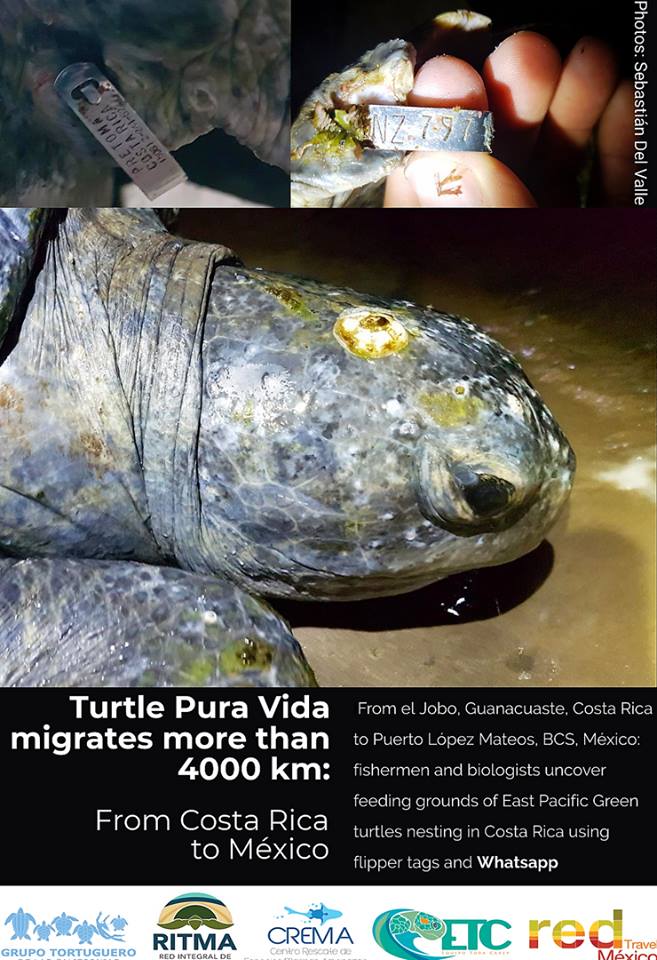