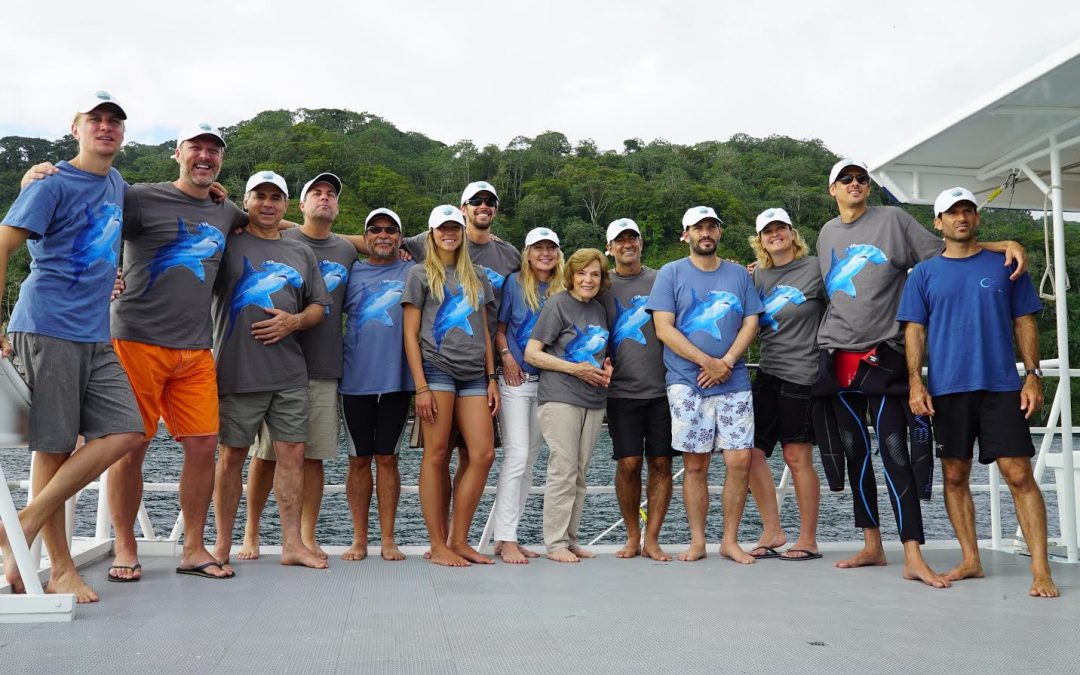 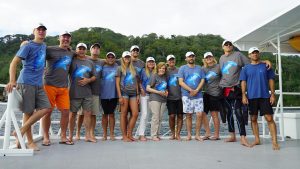 A 10-day scientific expedition led by Fins Attached Marine Research and Conservation, and supported by Dr. Sylvia Earl of Mission Blue, just returned last Saturday from Cocos Island National Park, Costa Rica, a Mission Blue Hope Spot, accompanied by members of CREMA-Costa Rica, and Ocean First Institute.  Seven acoustic receivers used to track the movements of sharks and sea turtles were serviced during the expedition, and five adult female hammerhead sharks were tagged with acoustic transmitters.  The group also removed abandoned longline fishing gear near one of the dive sites that had tangled in the coral, and met with Park Rangers to discuss their vision and needs.

The first of the five sharks tagged was christened “Sylvia”, and is now a shark ambassador in the Eastern Pacific.

“We hope the tracking of Sylvia’s movements over the next year will generate scientific information needed to improve marine conservation policy in the region”, said a hopeful Randall Arauz, of the Colorado based organization Fins Attached.  “Information is urgently needed to justify the creation of protected swim-ways for highly migratory species to other islands of the Eastern Tropical Pacific such as the Galapagos Islands of Ecuador and Malpelo Island, Colombia,” added Arauz. 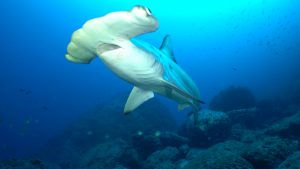 “Cocos Island is one of the most beautiful places on earth, where large aggregations of sharks and other highly migratory marine species may still be found,” said an awed Alex Antoniou, President of Fins Attached.  “The rangers however, must be appropriately equipped to deter illegal fishers, and the governments of Costa Rica and Ecuador must initiate discussions as soon as possible to create the ´Cocos Galapagos Swim-way’, the first ever proposed transboundary marine protected area,” Antoniou continued.

Mission Blue will continue to support the conservation of Cocos Island and other Islands of the Eastern Tropical Pacific through its partnership with Fins Attached and CREMA-Costa Rica.

Fins Attached Marine Research and Conservation believes in the preservation of our world’s precious resources and that through the protection of the ocean’s apex predators marine ecosystem balance can be maintained for the benefit of all living things on earth.
CREMA is a Costa Rican NGO that works to conserve, manage and restore, populations of endangered marine wildlife, and is an elected member of the official Cocos Island Conservation Area Regional Council.